Twice in the past month I’ve found myself at the Ajax Canadian Tire Cruise In checking out some of the local vehicles. That’s where I saw the Sonoma I posted last week, and also where I saw the two Kustoms showcased below.

Posting Kustoms on a site with ‘stance’ in the name might seem odd to some but regular readers know I play the definition of stance fast and loose because it is really all about how it sits.

Both of these cars have the right stance for a traditional kustom and thus, are being posted today. One of the things I like most about a great kustom build is that for the most part it’s no stone left un-turned, no half steps, and no failed executions.

Everything looks great and flows together to create an over all appealing car. As a whole the car is stunning and looked great under the setting son. Via some digging I was able to determine that it belongs to somewhat of a local hot rodding legend Paul Fernley.

Maybe one day I’ll have to see about getting a little time with the car one on one for some photos. 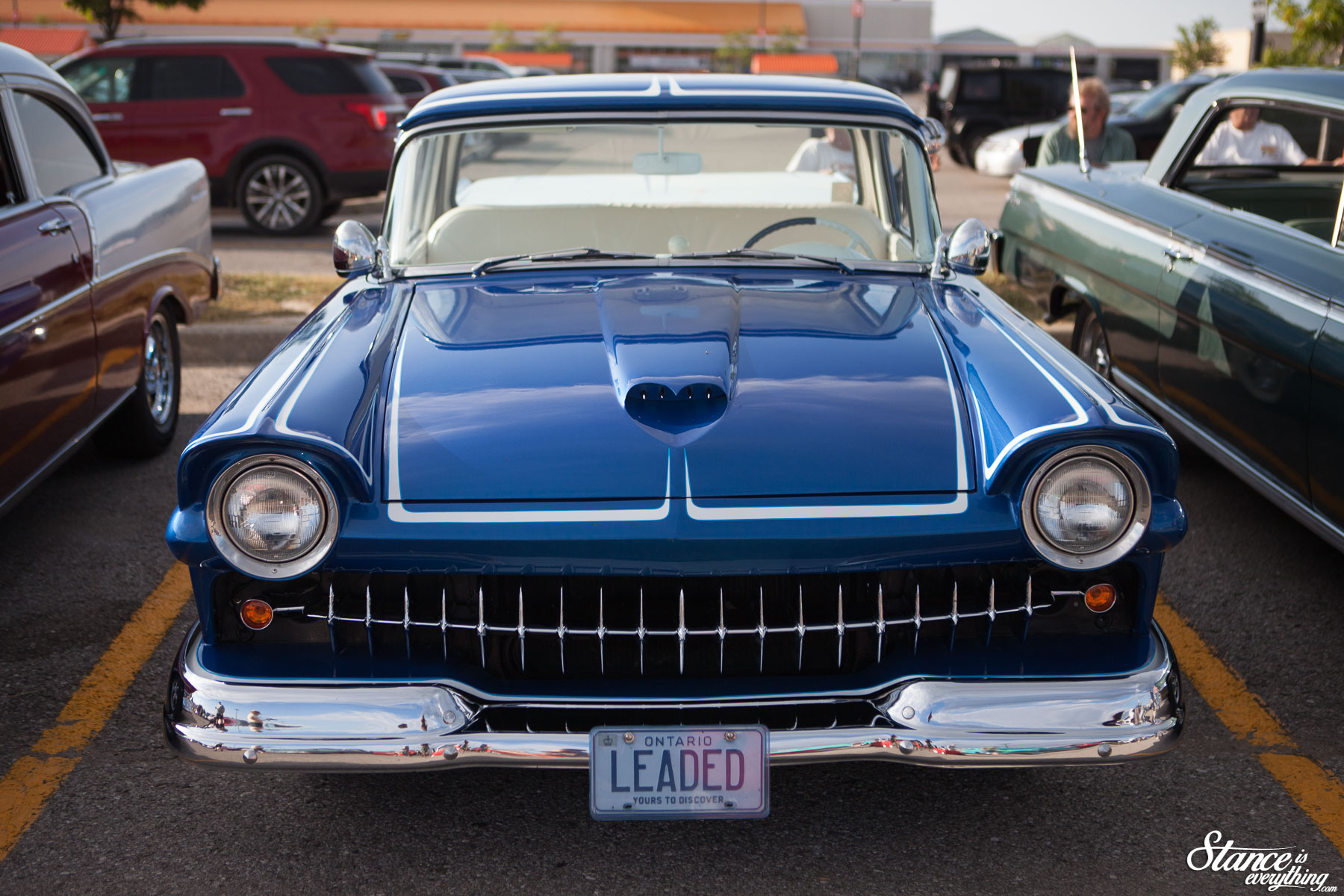 The second car I want to showcase today is one that I can’t identify. I think it might be a Ford Ranchero (55 or so) but a few elements don’t quite match up with my assumptions. This might be because it is not a Ranchero, or because it borrows from so many vehicles that are not Ranchero. Regardless of what it is, the paint work on this car is exceptional. The blues and whites look great with the chrome and the white interior is the icing on the cake.

Those pipes sound as good as they look too. Quick post today, but every day is better with a bit of Kustom love.