If there’s one thing that I’m more passionate about than cars its BMX. I’ve been riding for about twenty years now, and I can count on one hand the number of times I’ve been able to enjoy both at the same time.

Usually it’s one before another, as I’ve often covered events with my bike in the back with every intention to ride immediately after. I’ve always wanted to ride my bike while surrounded by custom cars so when I heard an old riding friend was going to put on a BMX Jam and Car show I had to be there.

When I heard the event was also going to be a fundraiser for a local cancer hospice I gathered up the family and made a proper of it. 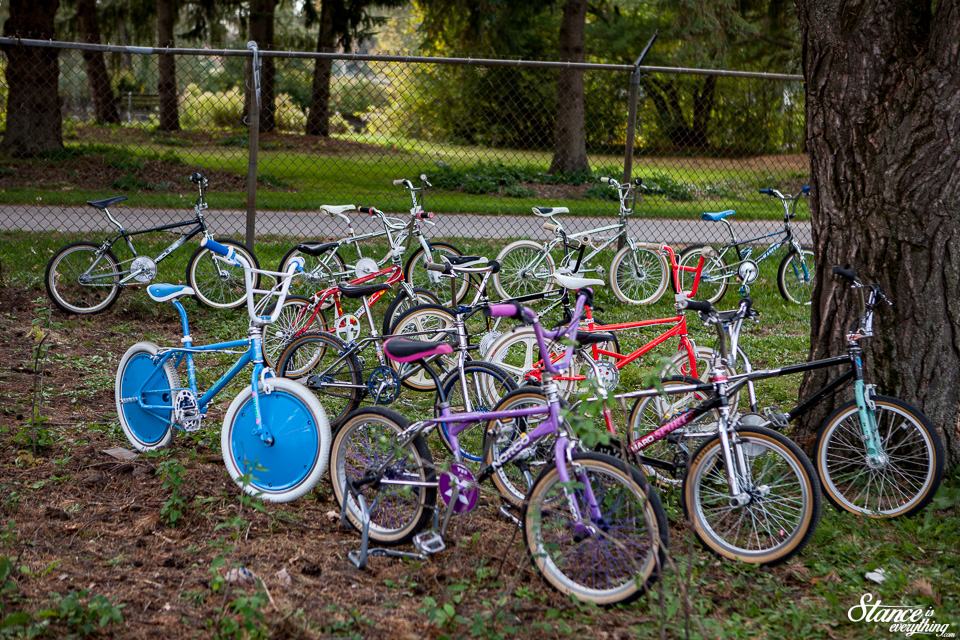 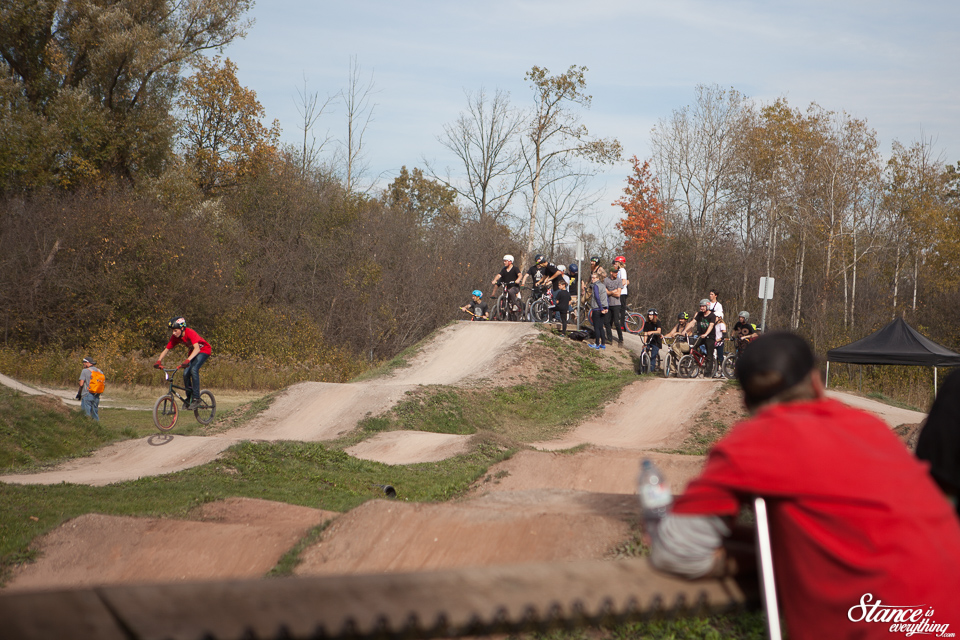 Taking place on a unseasonably warm November Day, at Riverside park in Cambridge, the turnout for the event was really good from both a car and rider perspective.

Hosted by Craig and Jason of Distorted Vision Rod Shop did a great job taking care of people on both sides too. On the city sanctioned dirt park there were big air and best trick contests for both armature riders and pros alike.

On the car side show and shine participants the awards were done via collective voting and there was no pressure to stay all day if you didn’t want to. 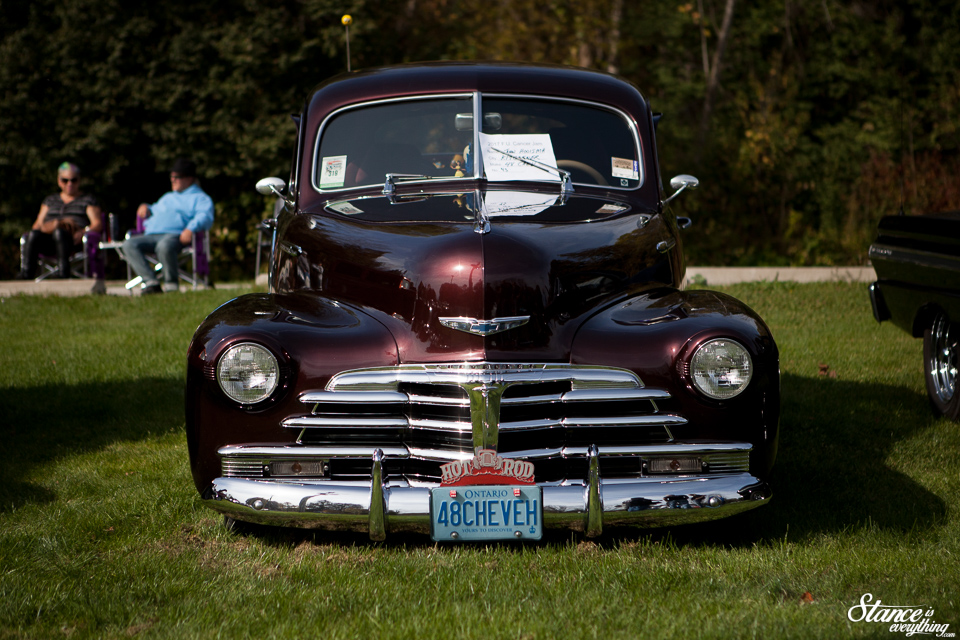 Now admittedly I probably took a bit too much on at this show, trying to ride with my son, ride myself, and cover it. But some events are just plain worth the hit in coverage to actually enjoy as a participant. That said, I did take a bit of a closer look at a few vehicles, a couple of which you may have already seen me post on both Facebook and Instagram.

One of those such Vehicles is Craig’s own Advanced Design Pickup. I remember looking at this exact truck on Kijiji before I got mine, and it was a little too far gone for me but Craig really made it his own.

Now with no roof, or fenders, it’s part truck, part roadster, and all hot rod. In front of his truck also sat a hot rod wagon that he made. He’s cranked out a few of these now each one better than the last. Craig along with business partner Jason were also responsible for getting this Suburban road worth once more. Built for a local bike shop called Back Pedalin’, when it comes to bad ass rolling billboards this one is hard to beat. The make up of the show was susprinsly diverse given Distorted’s area of expertise. Up, down, lowrider, tuner, there were examples of everything.

Those with a keen eye probably already spotted the American Racing split three spokes in the background of the last photo above. Who else remembers when you couldn’t leave the house without spotting at least three cars on those wheels? All said and done I had a great time at this event and I’ve got confirmation that there will be another one next year. If there is you can bet I’ll do my damn best to be there.

The combination of BMX and cars in one day is simply something I can’t miss!