The Eunos Cosmo is latter of that list (though it’s probably not exempt from the same problems at the beginning of that list), and is a pretty interesting piece of work all around.

This car –that they didn’t deem North America ready for– was powered by a triple rotor twin turbo mill (the first and only production car equipped with a three rotor) and according to Suck Squeeze Bang Blow was quite rare with only 8,875 units being made in it’s run from 1990-95.

In stock trim the ahead of it’s time Eunos Cosmo looked like this: 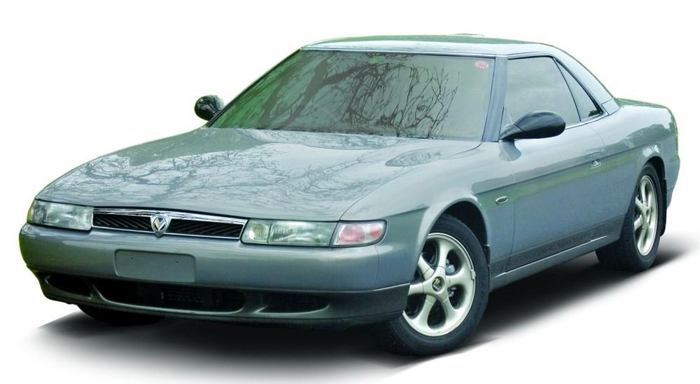 A little awkward in the face but certainly not the worst maw to ever be affixed to a car, the Cosmo was jam packed with technology including; a digital dash (that hopefully actually kept working), a TV, GPS, and a touch screen that seemingly controlled everything from the seats to the HVAC. A hidden gem to be sure but nothing that couldn’t be made better by modification like the example below. The reason this car is wearing a body kit that screams early nineties is because that was the only way to give the giant Lamborghini Diablo sized 335 tires a place to live.

Why are such wide tires fitted to those Panasport G7 wheels you might ask? Well under the hood the factory twin turbo 3 rotor that has been fitted with a single Garett T88 turbo and Nitrous system giving this Mazda just a little bit more get up and go for trips to the coffee shop to discuss nothing. Taking a rare car and making it even more rare takes a special kind of crazy and obviously whoever owned modified this car originally was just that kind of crazy.

Currently (as of September) the car is in the UK but it was imported (modified) straight from Japan.

More to be found here  and I spotted it here.

Putting the finishing touches on a shop visit feature this weekend that should be up next week, in addition to year end wrap ups and another article I’ve been sitting on for far too long.

Oh and the Pay It Forward give-away has reached over 100 entrants, have you entered?

Remember this GLC? Rotaries end up in cool places and this car is rad as all hell. Scroll back up and watch 2:15 to 2:38 of the Cosmo video again because it’s awesome.