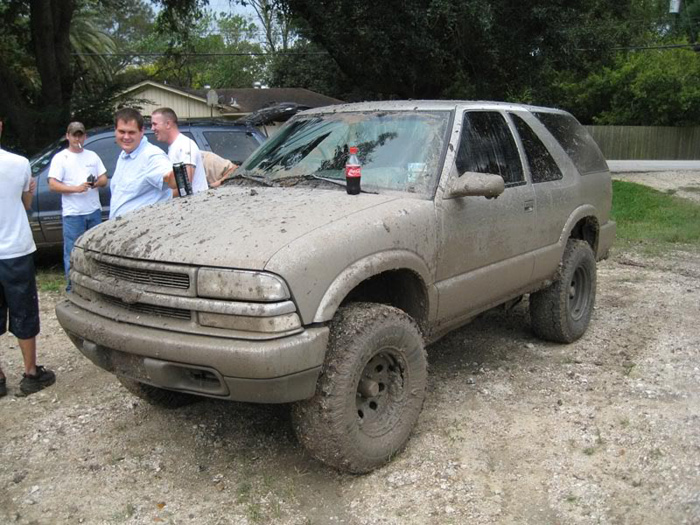 I’ve heard of indecisiveness before but this is pretty crazy. Wicked Mayhem from s10forum.com is a pretty crazy guy who works faster than most people and always has more than one project in the works at any given time. One guarantee with Wicked is that no matter what vehicle he drives it’s not going to stay stock height, but it might be both lowered and lifted during his ownership.

Wicked bought this Blazer to replace his first and promptly lifted it, and mudded it, then get got bored… so he dropped it and notched it. During that time he also went through three or four sets of rims, and an equal amount of stereo setups. Then suddenly he decided he was done and sold it for a profit.

Using the profit from his Blazer he decided to jump into a full size so he picked up a Silverado. This time he started out by immediately slamming the truck as far as it could go without bags. This time his indecisiveness kicked in before he had a chance to go wheel shopping because the truck is now lifted and he swapped out the factory tires for something a little more aggressive.

What I find really odd about all of this is that Wicked Mayhem has a large number of tattoos which you wouldn’t expect from a guy who can’t make his mind up about which way his trucks go. It would seem that his indecisiveness stops with trucks.

I wonder what his tastes in women is like…

Winter Wednesdays: This Is The End?