While looking into a photo of another crazy dragster from the 60’s I stumbled across this ‘compressed air’ dragster built by Honeywell (at the time named Garret and then shortly after AlliedSignal) that was powered by three 35 pound turbine engines that put out 750 pounds of torque a piece and topped out at 70,000 RPM.

According to the ever growing list of historians on the H.A.M.B this dragster was initially designed to run entirely on compressed air but after that proved to be a little inefficient — it turns out you need a lot of compressed air to send a car down the strip at a good clip– things were tweaked so it ran on a mixture of air, alcohol and water.

All said and done the car went down the strip in staggering 8.75 seconds at 160 miles per hour and was stopped by nothing more than rear mounted drum brakes.

People interested to the point of investing in the project could do so via the mailer below: 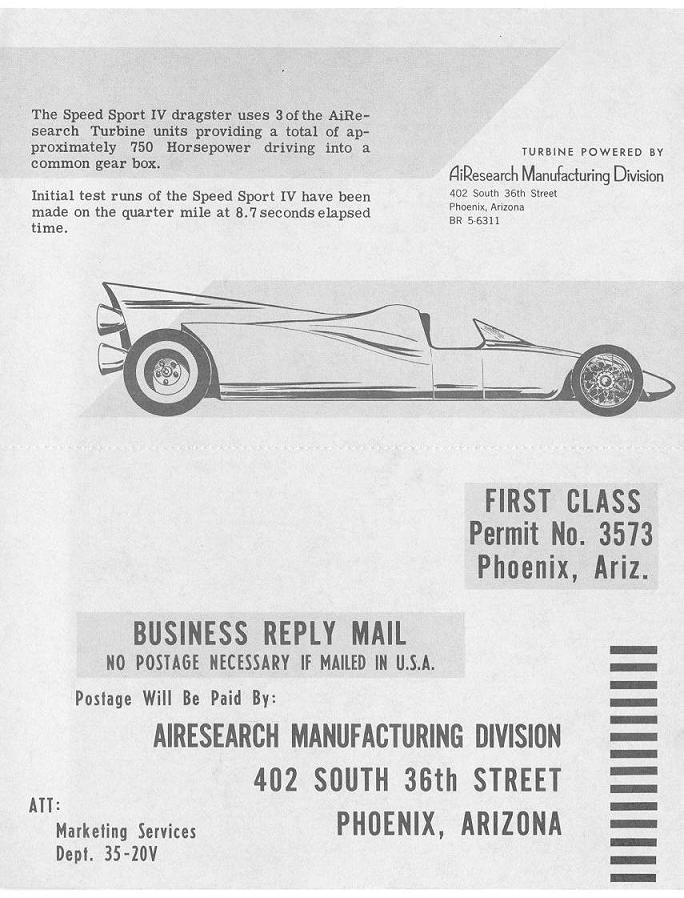 No word on why exactly it was abondoned or what happened to it but it looks like all kinds of crazy which by now is par for the course in the 60s and 70s.

How’s that saying go? When men were men?

Heading out to the Scraped Crusaders meeting spot for the Cruise to Eurokracy in about five minutes so anyone heading to the show this year see you there!

WTF Friday: Birds Of A Feather