In the lowrider world metal polishing, plating and engraving are nothing new and a fairly often used customization technique, in the import world however not too many people currently dabble with these techniques (more so the latter engraving). Of late though there seems to be an increase in its use.

The paint engraved GTR and matching VR38DETT motor from Artis Racing in Japan is probably the most recently example that shocked the world at Tokyo Auto Salon, but this 2JZ from RM Polishing & Gold Plating is sure to cause a similar social media wave. 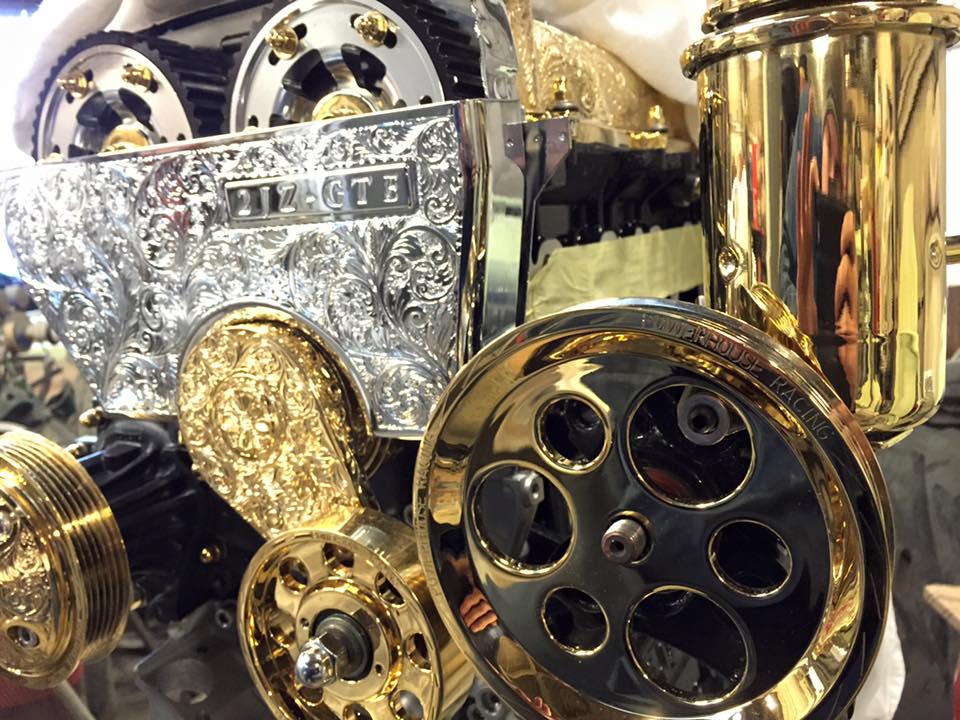 RM is a Kent UK located shop run by Rob Mitchell who is clearly a man of a lot of patience and a lot of skill. The lengths he’s gone to set this motor apart from the rest is truly astounding and the fact that all the engraving has been done by hand is mind-blowing. The build is called Dressed to Kill and the progress so far is documented here on his personal Facebook page.

The motor isn’t the only part of the Supra getting a lot of attention, the car is also going to be the recipient of a carbon fiber wide body custom interior, and well the works. Give the RM Polishing & Gold Plating page a gander on Facebook as his client work is also quite impressive.