I like The Road Warrior, and I like Mad Max: Fury road quite a bit, I also happen to enjoy Death Race and Death Race 2000.

However not once have I wanted to build something that would fit into those fictional worlds.

The same cannot be said about Jason the previous owner of this 1981 Jaguar XJ6. 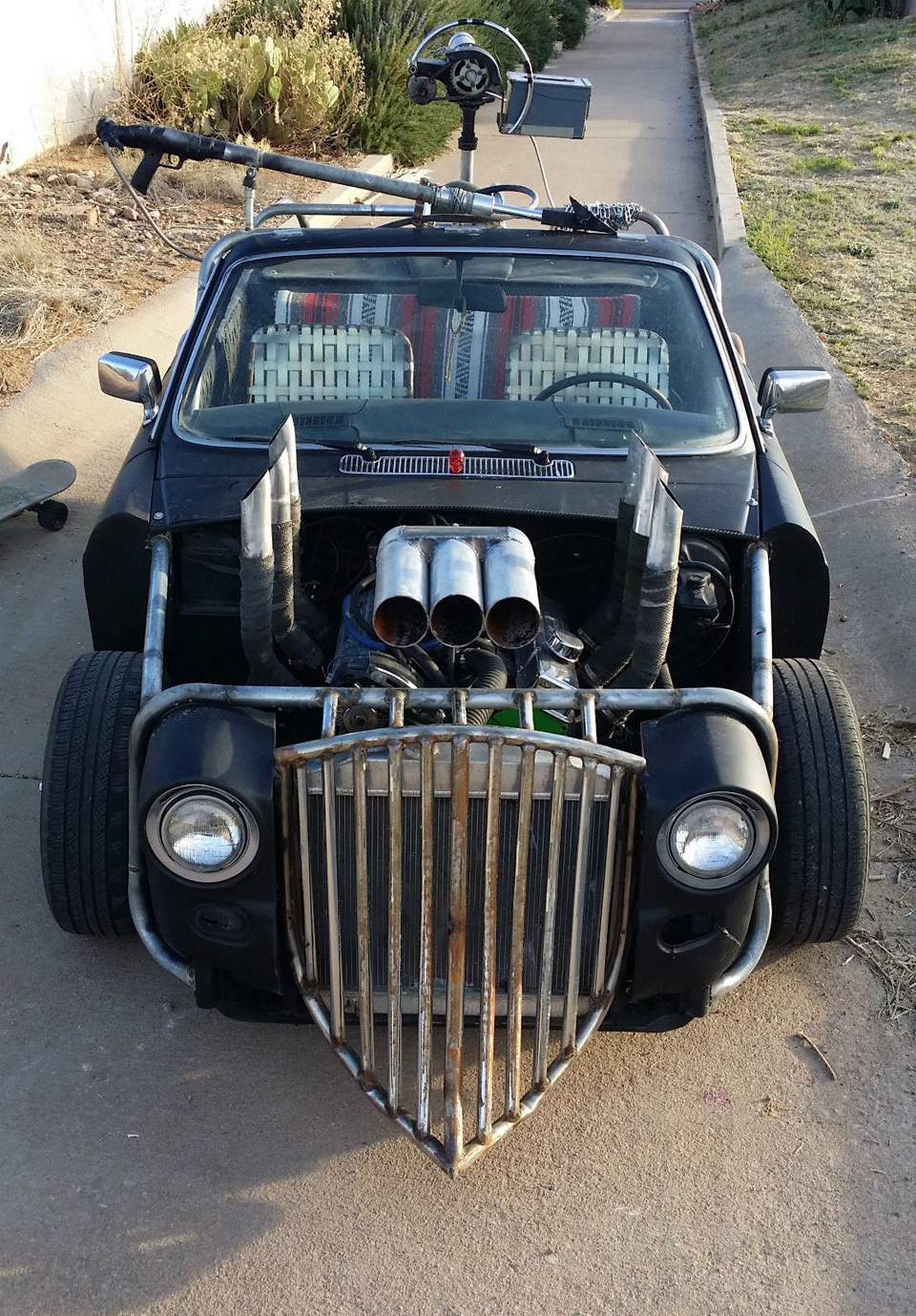 Yes what you are looking at above is, or rather was,  a Jaguar XJ6 a car that started its life as a noteworthy luxury car in its day.

Maybe not the most reliable sure, but luxrurious none the less. Jason said to heck with that, gutted it, cut it in half, tore the roof off, and made it a coupe creating something that could bang doors with Max Rockatansky himself. 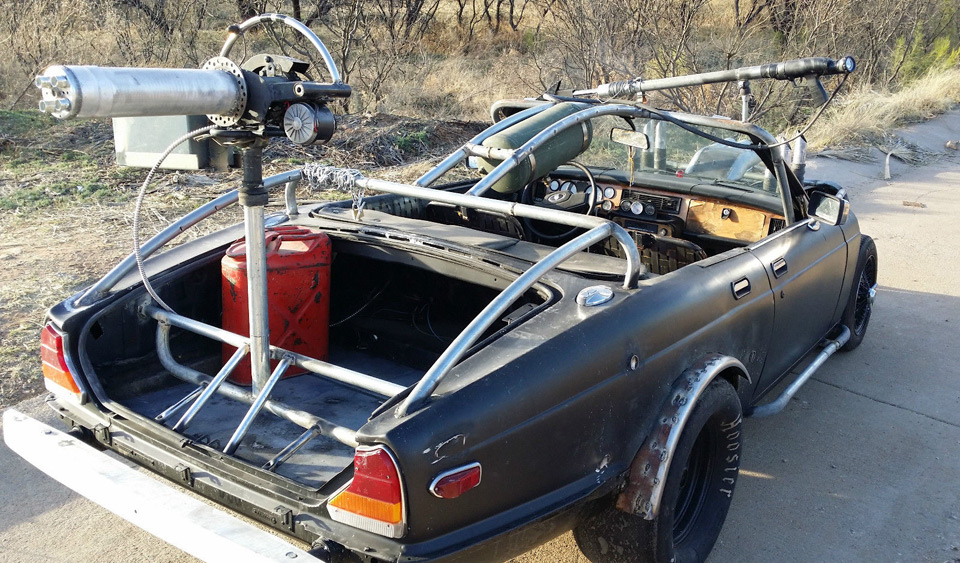 A small block Chevy sits under the hood, dressed up to look the part of a motor fit to power a death machine.

Motorized mini guns have been added as well to back up the growl the cammed and muffler free 350 provides. The car is still street legal and Jason sold it to facilitate his retirement dreams of owning a boat.

One can’t help but wonder if he’ll end up making his boat a tribute to Waterworld which would actually be kind of awesome.